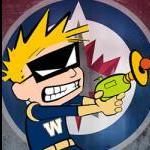 Welcome to MorningBigBlue.com. You have found the Winnipeg Blue Bomber Fan Community for the fans, run by the fans.

The website name, Morning Big Blue, is in tribute to the late Richard Harris. Richard Harris was a Winnipeg Blue Bomber coach from 2006 to 2011. He was beloved by player and fan alike. His impact on the players he coached and the community he lived in is still felt to this day, and goes beyond the lessons he taught on the field.

Every morning when the team met for practice and meetings, his booming voice could be heard with the phrase, “Morning Big Blue”.

Access to the site is free; however it is first necessary to register before you are able to contribute to any discussions. Access is a privilege and not a right. We ask that you adhere to the rules as they are laid out in our Code of Conduct to help ensure a positive experience for all of our members.